Posted on June 11, 2014 by CharliesTinyUniverse

“I need your love. I need it right away. I love you every night and day.” – Hambone, “Need Your Love”

Mother’s Day 2009
Indianapolis
Playing became more of a job than a passion for Hambone, and often he started to feel he was just going through the motions.
“It’s all snake oil and picture frames,” he said to a PR woman over the phone while laying in bed one morning. “I can’t tell  the difference from when I’m working and when I ain’t.”
Dying for change, Hambone decided he had nothing to lose. Back home in Indiana for Mother’s Day he kept wondering about Liz. Knowing he was only 20 miles away from her made it harder.
He’d felt this too many times, and he’d tried too hard for too long to move on.
He couldn’t.
For years, Liz had struggled with the same emotions, failing to find happiness in a world without Hambone.
She was longing, too, and tired of fighting.
This time, Hambone was determined not to let her slip away.
They met at Perkins off 86th Street, a place Liz frequented when she was in high school and early college. They drank coffee, smoked cigarettes and talked for hours.
“That’s enough,” he said. “Why don’t you come down to Kentucky?”
Liz packed her bags and moved to Louisville to live with Hambone.
****
A few months later they moved into a house in Floyds Knobs, Indiana, near the Kentucky border.
He did this with no reluctance, which surprised many of his friends.
In conversations and in compositions, Hambone would often talking about not wanting to return, especially once he and Liz were not speaking.
Life there wasn’t what it once was, and Hambone was changing.
“It’s easy to leave,” he’d said. “It’s hard to stay.”
He even sang about it. On his first album, “Lightning in My Hands,” he sings that he’s leaving Indiana before he calls it home.
On April 5, 2010, he and Liz eloped, running down to the courthouse to make it official. They couldn’t wait any longer, as suddenly they had everything they’d wanted.
The summer following their announcement they moved back to Indianapolis and Hambone started looking for teaching jobs again, ready to move past the blues, trading it for love.
“I’m done with the bars,” he said. “I’m done with that life.”
Shortly after Liz moved in, Hambone quit drinking and quit smoking. He hasn’t looked back.
None of this was hard, Hambone said, as he knew the sacrifice was one he needed to make.
“Sacrifice, sacrifice, and, you know, I’d do it again,” he sings in “Than the second before.”
Hambone then went back to teaching, and he went back to “Nick.” Liz, whose interest and passion in pottery and painting continues to grow, found a position at Wonky Fire Pottery.
He has taken to life in Indiana, rooting for the Pacers and the Colts, reconnecting with his family and taking care of the love of his life.
“Big dog is settling’ down,” Hambone sings in “Just Time.” “‘Cause he ain’t that mean.”
Hambone still plays, recording new songs from home. Recently he scored a film, and he has expressed interest in scoring more films.
He works often with his favorite drummer John Hayes, who is one of his best friends.
Although not proud of the lifestyle that came with his music, Hambone remains proud of the material, remastering “Gasoline” in the fall of 2012 and adding a new track.
As for his other material, he is uncertain when he will release an EP or an LP, but he will never stop making music.
His priorities have changed, however. On January 4, 2013, he and Liz welcomed a son, Otis Gabriel Hamstra, into the world.
“It’s amazing,” he said. “I never thought I could love anything or anyone as much as I love Liz.”
Hambone is, at this time, happier than he’s ever been. 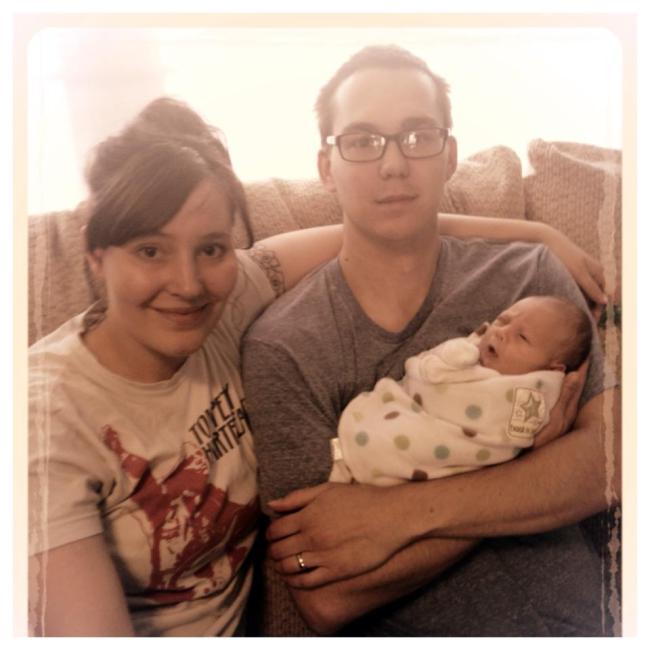 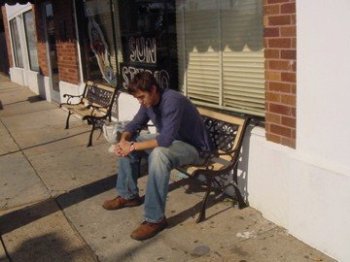 Originally from the suburbs of Indianapolis, Denison is a writer and musician who has picked up culture and influences from eccentrics all over the U.S. and even overseas. He is a University of Kentucky Journalism School grad and an award-winning Montana journalist. Through the years he's had work published in the Montana Quarterly, Rural Montana Magazine, Raised in the West, Last Best News, NUVO and others. He has a solo album, "Whispers of the Lonely," blending country, folk, blues and soul, and plays regularly with his band, Groove Creek.
View all posts by CharliesTinyUniverse →
This entry was posted in Uncategorized and tagged Charlie Denison, Hambone, Liz Hamstra, Nick Hamstra, Otis Hamstra. Bookmark the permalink.