Posted on April 1, 2020 by CharliesTinyUniverse

It was February of 2007. I was in New Orleans with my friend Daniel – a native – celebrating his first Mardi Gras after Hurricane Katrina, which devastated the impassioned city, its impact still widely spread. Daniel’s home had significant water damage and some of his friends were still crashing in FEMA trailers.

New Orleans, however, is a resilient place. Hope remained, spirits stayed strong. The community – and thousands of others from all over the nation and the world – united together for the carnival’s return.

The most unforgettable moment of this experience came uptown at Tipitina’s. Trombone Shorty – who had just returned from a tour with Lenny Kravitz – was headlining with a band of local All-Stars, getting funky, the spirit of The Big Easy back intact. As Shorty and his band marched through the crowd, playing “When the Saints Go Marching In,” everything was electrified. We were all moving and grooving together, marching along.

I’d never felt anything quite like it. Music rejuvenated the people and it rejuvenated a city that went to Hell and back. It was soul restoration.

Nothing brings us together like music, and, during this alarming time in history, we need it badly.

Unfortunately, we can’t physically bring people together during this time of crisis, so musicians are taking to live streaming to entertain, to try and bring joy to others who are saddened, sick, stuck at home or all three.

A friend of mine was just streaming live in Austin, Texas, backing up Nikki Lane on keyboards. It was a fun time for him joining a bill with Willie Nelson at the top, but he’s just processing like we all are and trying to find ways where he can contribute. 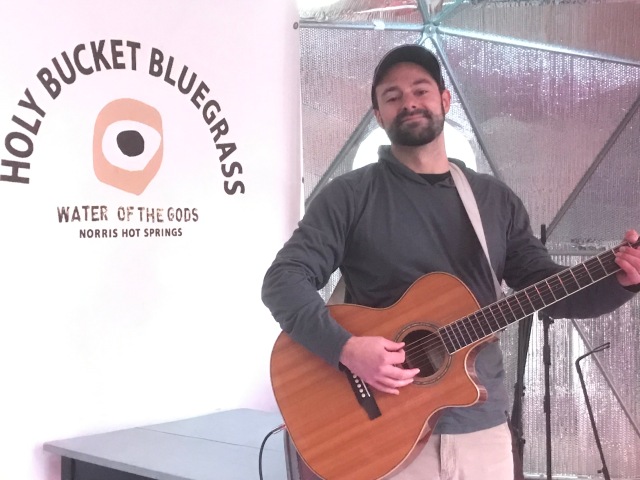 A lot of musicians are taking to live streaming during this crisis, and I’m glad to participate.

That’s what local musicians are doing, too. Last week Chris Hildebrant and I did back-to-back sessions on Facebook live and we’re going to do it every weekend. Dave Rummans, Jeff and Casey Sanders, Christie Aldrich and others are doing the same, and why not? Music offers community and solace.

When I did my live stream last week from my basement, it really felt like I was playing a show. The comments poured in, people were grateful, excited to have the entertainment. Like Jon said, it was a self-healing experience, but it also brought joy to others, and that’s special. That’s what we need. Whether a musician or not, we can all find ways to contribute. Like David Byrne of the Talking Heads said, “we’re all in the same leaky boat.”

It’s inspiring how many musicians are keeping the party going right now. DJ D-Nice (Derrick Jones) kicked this trend into gear a few weeks back through “Homeschool,” the name for his social distancing Instagram live parties he puts on from his kitchen in California. This party has had some A-list viewers, including Will Smith, Jimmy Fallon, Michelle Obama, Magic Johnson and Lenny Kravitz himself.

“We are one,” Kravitz commented during last Saturday’s “Homeschool” session.

The streams might not get as wild as that night at Tipitina’s 13 years ago, but – even when we can’t leave the house – music can continue to lift us up, pacify our problems and set us free. I invite you to join me and the other local musicians, to follow your favorite artists and see what they’re doing because they are likely going to stream, as well. Also, if you want to bring a taste of New Orleans to your living room, check out Jon Cleary’s “Quarantini Hour” from his Facebook music page.

We can get through this, friends. And if you’re having doubts, put on some music. Let your troubles subside.

(as published in the Lewistown News-Argus)

Originally from the suburbs of Indianapolis, Denison is a writer and musician who has picked up culture and influences from eccentrics all over the U.S. and even overseas. He is a University of Kentucky Journalism School grad and an award-winning Montana journalist. Through the years he's had work published in the Montana Quarterly, Rural Montana Magazine, Raised in the West, Last Best News, NUVO and others. He has a solo album, "Whispers of the Lonely," blending country, folk, blues and soul, and plays regularly with his band, Groove Creek.
View all posts by CharliesTinyUniverse →
This entry was posted in Music, Uncategorized and tagged coronavirus, COVID-19, Jon Cleary, Lenny Kravitz, Mardi Gras, Tipitina's, Trombone Shorty. Bookmark the permalink.